Renovate Paint and Design wants to thank all our amazing customers that took the time to rate us on Angie's List so highly which, in doing so, earned us the service industry’s coveted Angie’s List Super Service Award, reflecting an exemplary year of service provided to members of the local services marketplace and consumer review site in 2015.

Did you know, "Only about 5 percent of the Painting and Remodeling companies in San Antonio, TX have performed so consistently well enough to earn our Super Service Award,” said Angie’s List Founder Angie Hicks. “It’s a really high standard.”

We remain committed to keeping up that high level of service for all our customers: new and returning.  2016 is and going to be a great year!

San Antonio and the surrounding areas had been hit hard by the 2016 spring storms.  According to news reports it had been the worst and most expensive damage experienced since the 1970's; estimates were at 1.4 billion.  The worst storm paths had cut through downtown north from the west to the east, Helotes, Leon Valley, Castle Hills, Shavano Park, Alamo Heights, Terrell Hills, St. Hedwig, and surrounding areas.   Reports were anywhere from dime sized to 4 1/2 inch hail pounded large areas.

Customers called for wood/siding damage and exterior painting.  Accompanying this we received calls to repair water damaged sheet rock and interior surfaces.  Estimates can be catered towards the damage assessment from your insurance company. 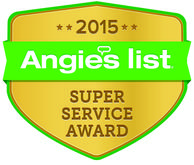 the forces of Nature:  repairing after the storm

One of the problems our customers run into is ceiling damage which can come from different sources:

Renovate Paint and Design is called out to repair this damage of quite often.  In this video we showcase how we expertly fix these problems while entertaining you at the same time.

* NO PAID ACTORS WERE USEDIN THE MAKING OF THIS VIDEO (obviously).